Angnieszka Radwanska of Poland took on defending Australian Open champion, Victoria Azarenka of Belarus in Day 10 of the Melbourne tournament on Rod Laver Arena's center court. Radwanska triumphed over Azarenka 6-1, 5-7, 6-0 leading her into the semifinals. Agnieszka Radwanska in play at the 2013 Australian Open - a Grand Slam Tournament - is the opening event of the tennis calendar annually. The Open is held each January in Melbourne, Australia. 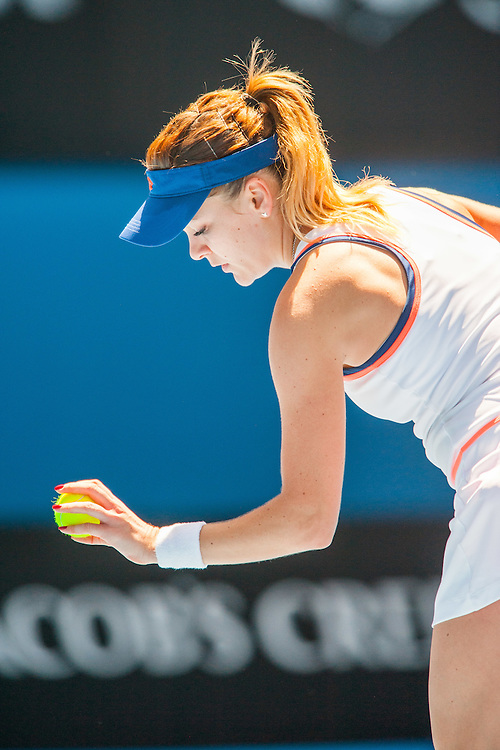