Rafael Nadal is tended to by a physical therapist during a medical time out on the court. Stanislaus Wawrinka of Switzerland defeated the number one player in the world R. Nadal of Spain to claim the 2014 Australian Open Men's Singles Championship. The Swiss won 6-3 6-2 3-6 6-3 in a match that will be remembered for a confusing and sometimes bizarre final three sets, with Nadal clearly hampered by a left lower back injury and seemingly on the verge of retirement in the second set.. The match was held on center court at Melbourne's Rod Laver Arena. 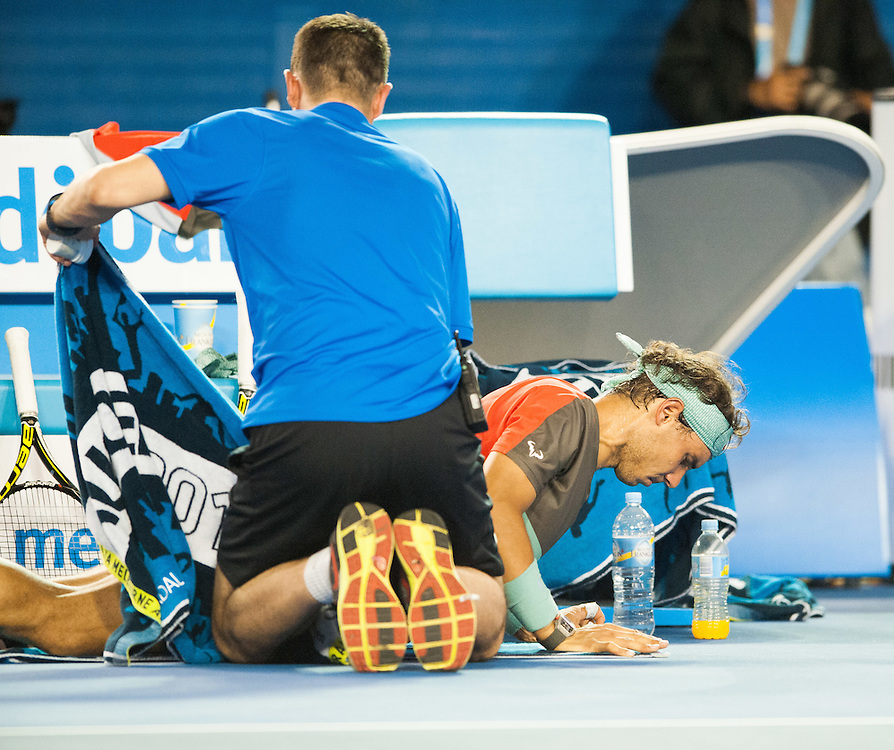