Salvadoran folk musicians come together playing to an overflow hall at the concert hall of the University of San Salvador to celebrate the life and beatification of Monsenor Oscar Romero. El Salvador prepares for the beatification ceremony and mass announcing the beatification of Archbishop Oscar Romero. The Archbishop was slain at the alter of his Church of the Divine Providence by a right wing gunman in 1980. Oscar Arnulfo Romero y Galdamez became the fourth Archbishop of San Salvador, succeeding Luis Chavez, and spoke out against poverty, social injustice, assassinations and torture. Romero was assassinated while offering Mass on March 24, 1980. 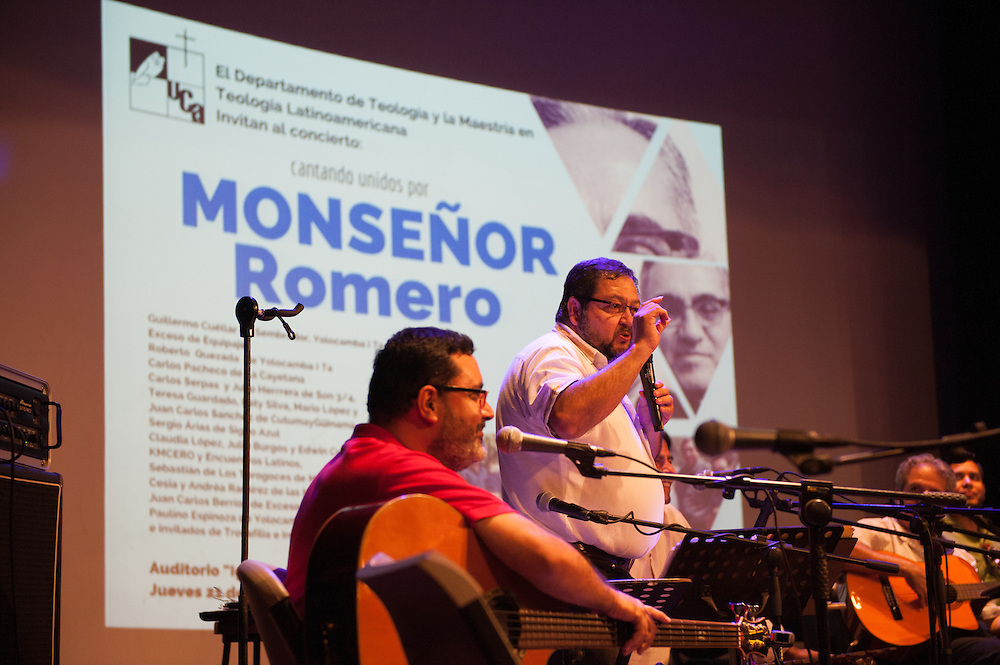