A golden statue of martyred Archbishop Oscar Romero stands against a high rise office building across from the Plaza El Salvador Del Mundo (Savior of the World) where preparations are being made for Saturday's ceremony and mass announcing the beatification of Archbishop Oscar Romero. The Archbishop was slain at the alter of his Church of the Divine Providence by a right wing gunman in 1980. Oscar Arnulfo Romero y Galdamez became the fourth Archbishop of San Salvador, succeeding Luis Chavez, and spoke out against poverty, social injustice, assassinations and torture. Romero was assassinated while offering Mass on March 24, 1980. 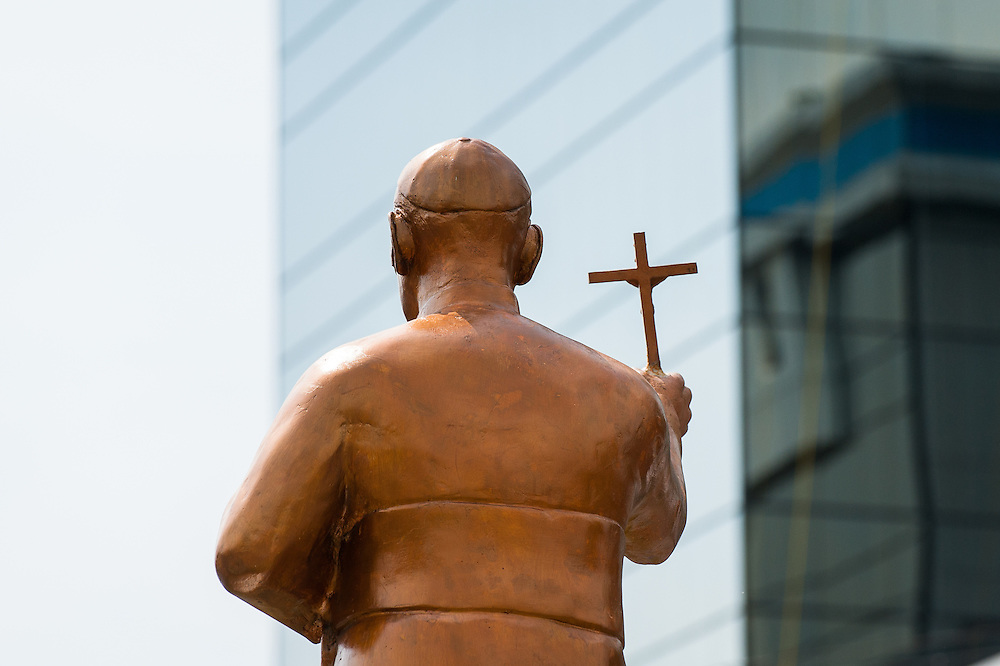