Billy Carter and his friend Bud Duval look through a copy of "Redneck Power - the Wit and Wisdom of Billy Carter".

Billy Carter and his friend Bud Duval look through a copy of "Redneck Power - the Wit and Wisdom of Billy Carter". William Alton - Billy - Carter (March 29, 1937 – September 25, 1988) was an American farmer, businessman, brewer, and politician, and the younger brother of U.S. President Jimmy Carter. Carter promoted Billy Beer and was a candidate for mayor of Plains, Georgia. Carter was born in Plains, Georgia, to James Earl Carter Sr. and Lillian Gordy Carter. He was named after his paternal grandfather and great-grandfather, William Carter Sr. and William Archibald Carter Jr. respectively. He attended Emory University in Atlanta but did not complete a degree. He served four years in the United States Marine Corps, then returned to Plains to work with his brother in the family business of growing peanuts. In 1955, at the age of 18, he married Sybil Spires (b. 1939), also of Plains. They were the parents of six children: Kim, Jana, William "Buddy" Carter IV, Marle, Mandy, and Earl, who was 12 years old when his father died. 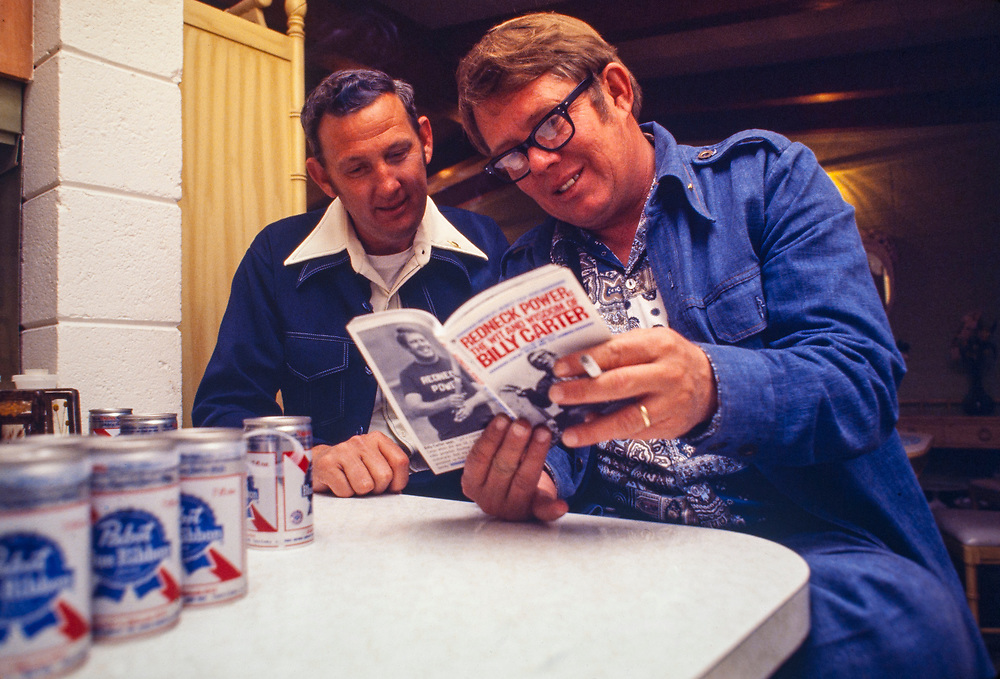