The chimney swift (Chaetura pelagica) is a bird belonging to the swift family Apodidae. A member of the genus Chaetura, it is closely related to both the Vaux's swift and the Chapman's swift; in the past, the three were sometimes considered to be conspecific. It has no subspecies. The chimney swift is a medium-sized, sooty gray bird with very long, slender wings and very short legs. Like all swifts, it is incapable of perching, and can only cling vertically to surfaces.

The chimney swift feeds primarily on flying insects, but also on airborne spiders. It generally mates for life. It builds a bracket nest of twigs and saliva stuck to a vertical surface, which is almost always a human-built structure, typically a chimney. The female lays 4–5 white eggs. The altricial young hatch after 19 days and fledge a month later. The average chimney swift lives 4.6 years. 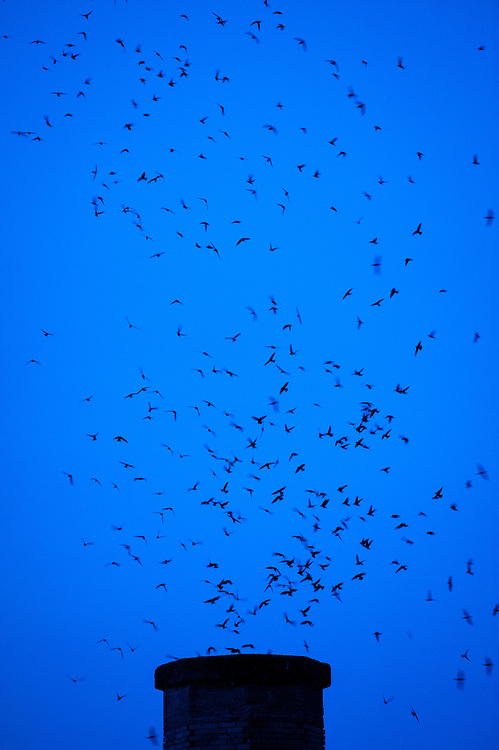