With an estimated 300,00 celebrants of Saturday's beatification of the martyred priest Oscar Romero gone, a single schoolgirl with chipped nail polish leaves her school photo and gently touches the tomb of the slain Archbishop. The beatified Romero is entombed at the Metropolitan Cathedral of the Holy Savior, San Salvador, El Salvador. Pope Francis stated during Romero's beatification that "His ministry was distinguished by a particular attention to the most poor and marginalized." The Archbishop was slain at the alter of his Church of the Divine Providence by a right wing gunman in 1980. Oscar Arnulfo Romero y Galdamez became the fourth Archbishop of San Salvador, succeeding Luis Chavez, and spoke out against poverty, social injustice, assassinations and torture. Romero was assassinated while offering Mass on March 24, 1980. 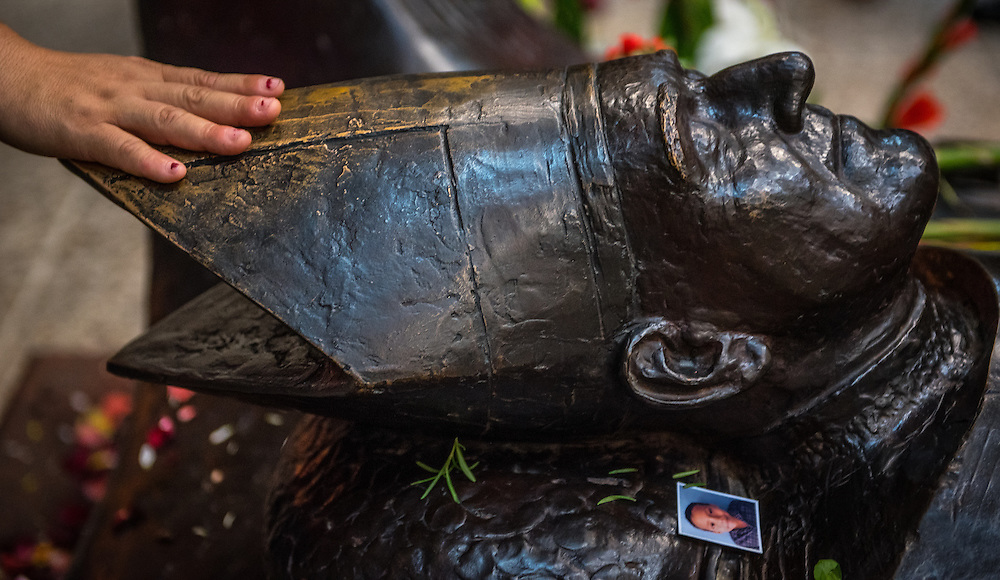