A Pilgrim Holds a Rosary Aloft During Nancy Fowler's Message from Mary.
From October 13, 1990, through October 13, 1998, Conyers, Georgia housewife Nancy Fowler claimed that the Virgin Mary appeared to her and relayed messages to all citizens of the United States. The messages ranged from admonitions to prayers to warnings of war. The Virgin's supposed visits to Conyers, a suburban community about thirty miles east of Atlanta, make Conyers one of the longest-lived Marian apparition sites in the nation.
In the early 1990s the roads to Conyers were clogged with pilgrims yearning to hear Mary's message. They came from every direction, but most were from heavily Hispanic southern Florida. They headed toward a large field adjacent to Fowler's home. Once there, they prayed on Mary's Holy Hill, filled bottles with water from the Blessed Well, or visited the small bookstore on the property.
At midday the pilgrims moved toward Fowler's farmhouse. Inside, Fowler waited for a message from the Virgin Mary in the Apparition Room; outside, members of Our Loving Mother's Children, the volunteer group that organized the Conyers gatherings, led the crowd in song and in prayer. The pilgrims prayed in their native tongues, including English, Spanish, Russian, and Chinese. When Mary's message was broadcast over loudspeakers, the pilgrims raised their rosaries, icons, and petitions heavenward, hoping the items would be blessed by the presence of the Virgin Mary. Some claimed miracles at this site—rosaries turning to gold, the sun spinning and changing colors, and the scent of rose petals filling the air. 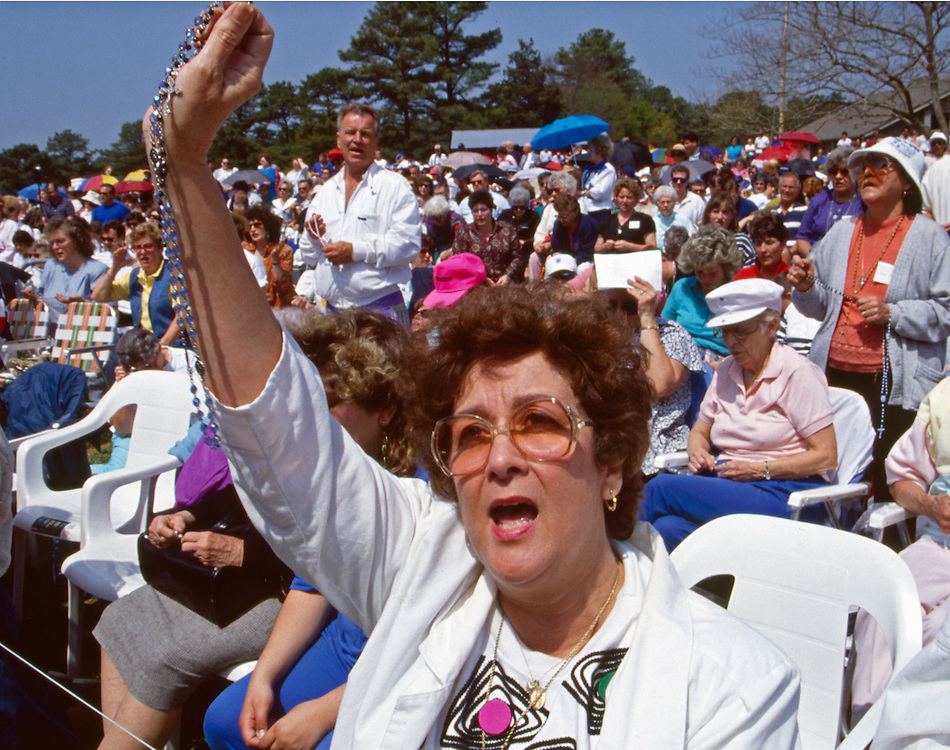