While the farmers appeared to have widespread sympathy, relatively few farmers actually went on strike and refused to grow crops. The organization therefore decided to have a tractor rally in Washington, DC. In January 1978, nearly 3,000 farmers drove their tractors to Washington, many of them from thousands of miles away.The Carter administration agreed that the Farmers Home Administration would stop all foreclosures, but soon after the rally was over resumed foreclosures of farms with past due loans. Striking farmers Tractorcade rolls into Georgia's capitol city of Atlanta, surrounding the Georgia state capitol. 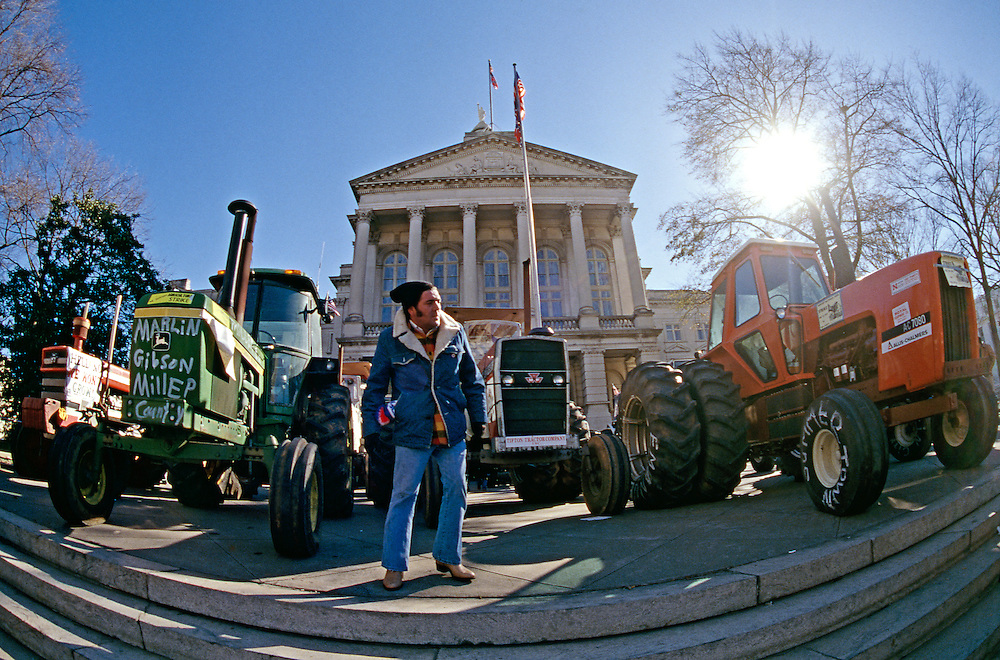