President Jimmy Carter at an Atlanta civil rights conference in 1977 with John Lewis, a former top lieutenant to Dr. Martin Luther King, Jr. who would later be elected to the U.S. Congress.
John Robert Lewis - born February 21, 1940 - is an American politician and civil rights leader. He is the U.S. Representative for Georgia's 5th congressional district, serving since 1987, and is the dean of the Georgia congressional delegation. The district includes the northern three-quarters of Atlanta.

Lewis is the only living "Big Six" leader of the American Civil Rights Movement, having been the chairman of the Student Nonviolent Coordinating Committee (SNCC), playing a key role in the struggle to end legalized racial discrimination and segregation. A member of the Democratic Party, Lewis is a member of the Democratic leadership of the House of Representatives and has served in the Whip organization since shortly after his first election to the U.S. Congress. 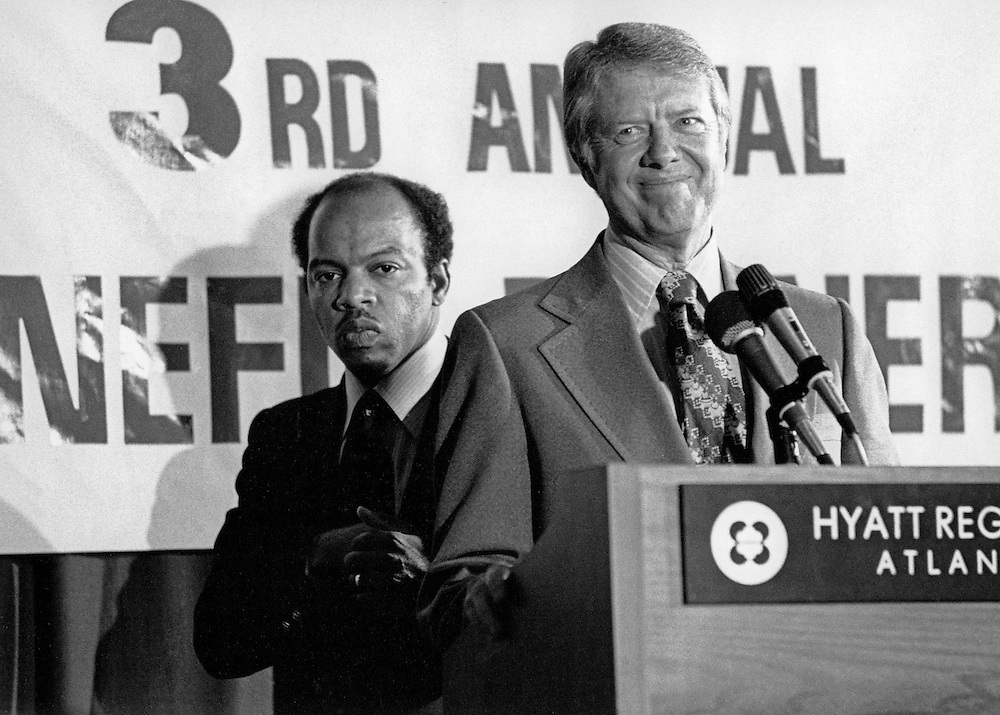