The Tomb of Archbishop Oscar Romero in San Salvador

A campesino pays his respects at the tomb of Archbishop Oscar Romero of El Salvador at San Salvador's Metropolitan Cathedral. The Archbishop was slain at the alter of his Church of the Divine Providence by a right wing gunman in 1980. Óscar Arnulfo Romero y Galdámez was a bishop of the Catholic Church in El Salvador. He became the fourth Archbishop of San Salvador, succeeding Luis Chávez, and spoke out against poverty, social injustice, assassinations and torture. Romero was assassinated while offering Mass on March 24,1980.- To license this image, click on the shopping cart below - 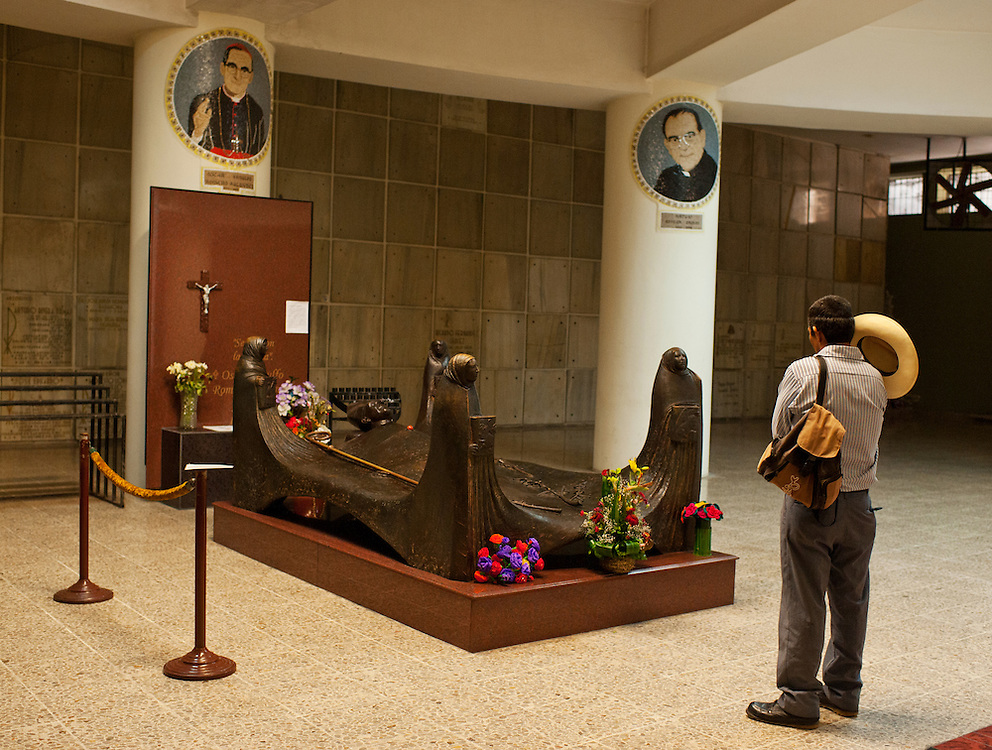