Motorcycle Daredevil Bob Pleso died after he came up short attempting a ramp to ground jump over 30 cars on August 4, 1974. As Pleso came to speed and left the launch ramp the wind shifted, depriving him of airborne speed. His rear motorcycle tire dropped prematurely coming down on a car. Pleso flipped violently through the air and hit the asphalt, skidding several hundred feet to a stop. He died at a local hospital several hours later. 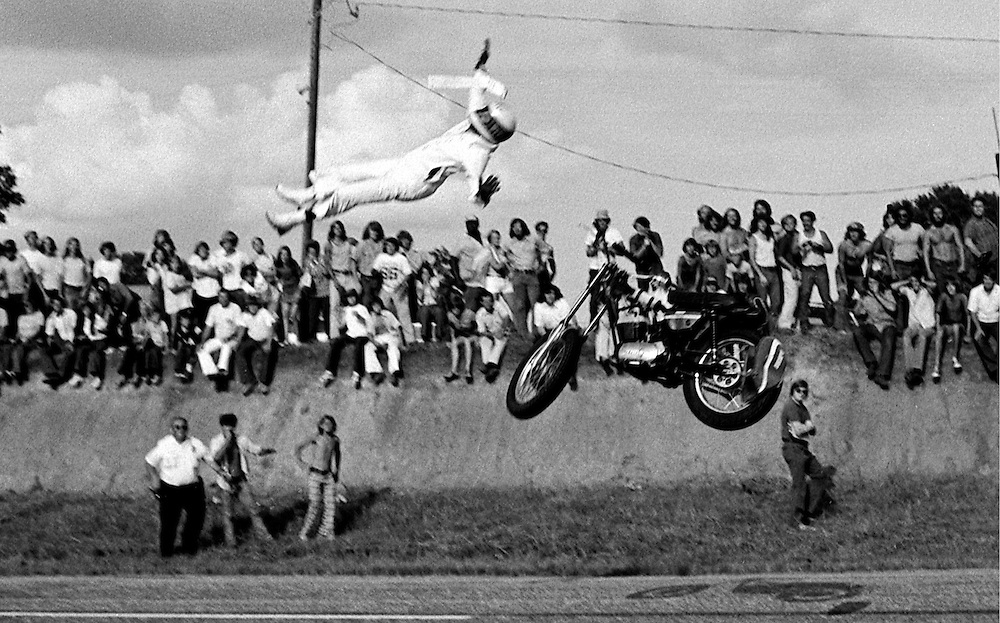