Supporters of Texas billionaire businessman Ross Perot and the Reform Party staged rallies and demonstrations around the United States to draft Perot as a presidential candidate in the 1992 election.
In the 1992 election, he received 18.9% of the popular vote, approximately 19,741,065 votes -but no electoral college votes - making him the most successful third-party presidential candidate in terms of the popular vote since Theodore Roosevelt in the 1912 election. 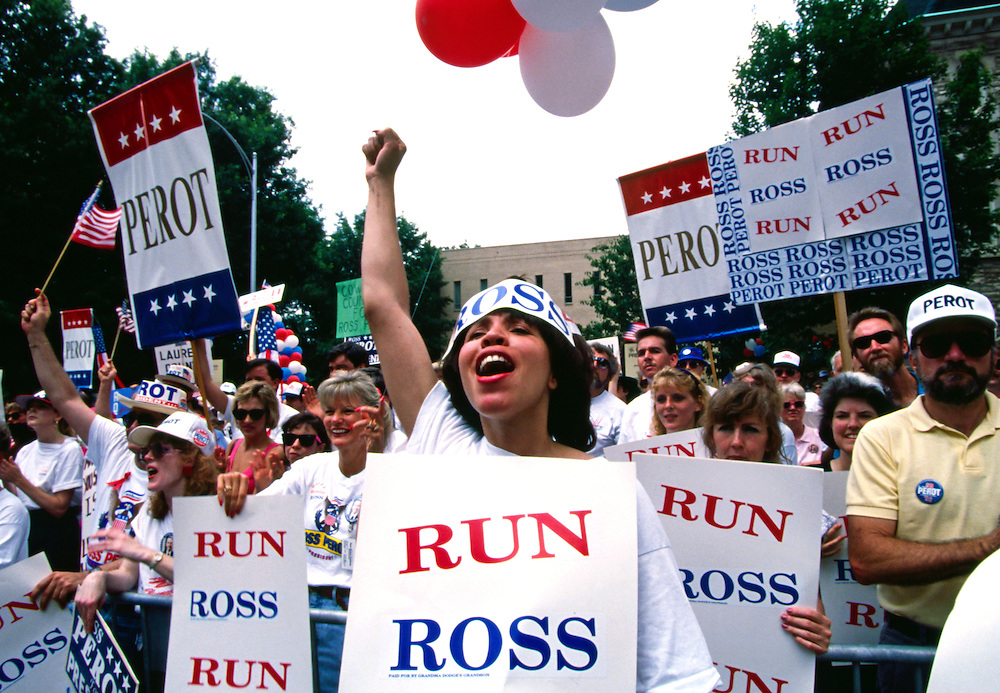