AAM "Tractorcade" striking farmers park their tractors near the Plains, GA watertower in a demonstration trying to garner the support of then sitting President Jimmy Carter. The American Agriculture Movement is an organization consisting primarily of small American farmers, and was formed in 1977 in Campo, Colorado by a group of farmers. The farmers attempted to organize a strike in which farmers would no longer buy or sell anything. 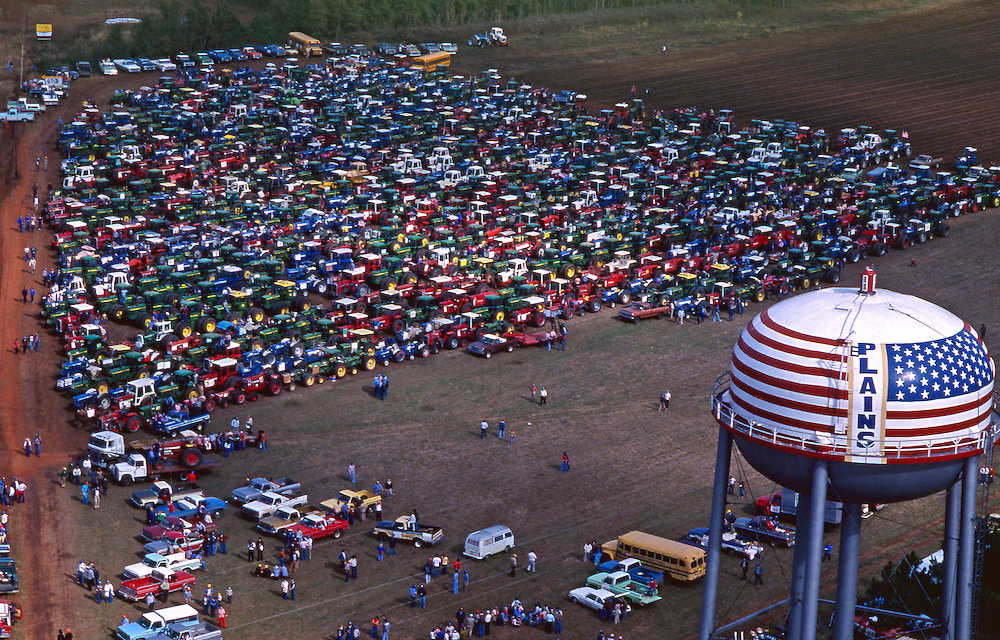