Judge Edward Cowart presides over the Ted Bundy Murder Trial - Miami - Ted Bundy with defense attorney Margaret Good at the defense table. Theodore Robert Bundy was an American serial killer, kidnapper, rapist, burglar, and necrophile who assaulted and murdered numerous young women and girls during the 1970s and possibly earlier. After more than a decade of denials, he confessed to 30 homicides that he committed in seven states between 1974 and 1978. 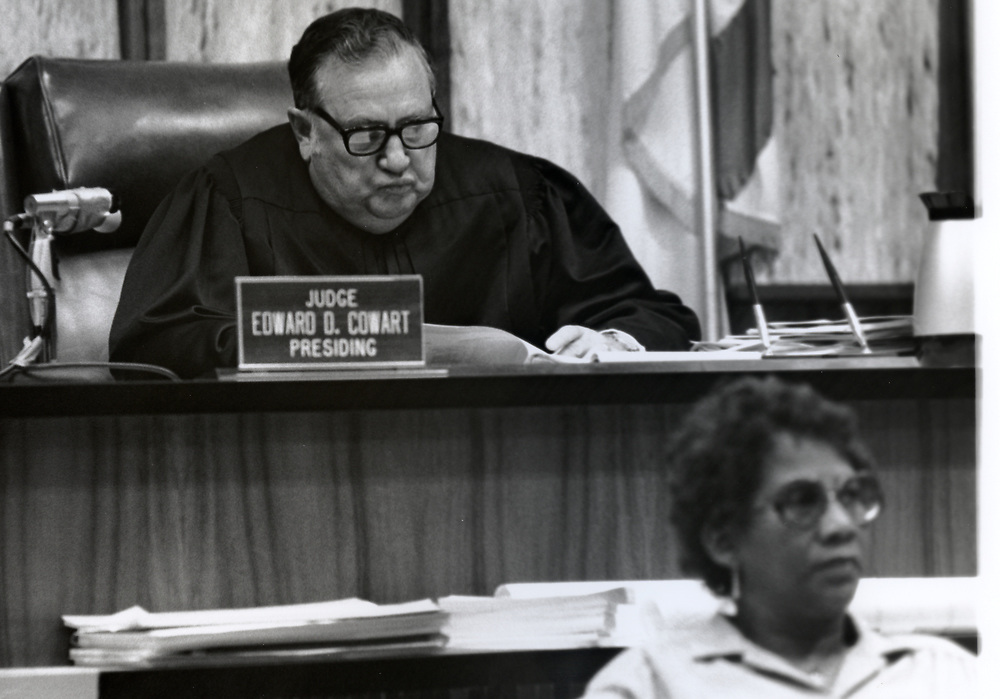