Barbara Charline Jordan (February 21, 1936 – January 17, 1996) was an American lawyer, educator and politician who was a leader of the Civil Rights Movement. A Democrat, she was the first African American elected to the Texas Senate after Reconstruction and the first Southern African-American woman elected to the United States House of Representatives. She was best known for her eloquent opening statement at the House Judiciary Committee hearings during the impeachment process against Richard Nixon, and as the first African-American as well as the first woman to deliver a keynote address at the 1976 Democratic National Convention. She received the Presidential Medal of Freedom, among numerous other honors. She was a member of the Peabody Awards Board of Jurors from 1978 to 1980. She was the first African-American woman to be buried in the Texas State Cemetery. Jordan's work as chair of the U.S. Commission on Immigration Reform, which recommended reducing legal immigration by about one-third, is frequently cited by American immigration restrictionists. 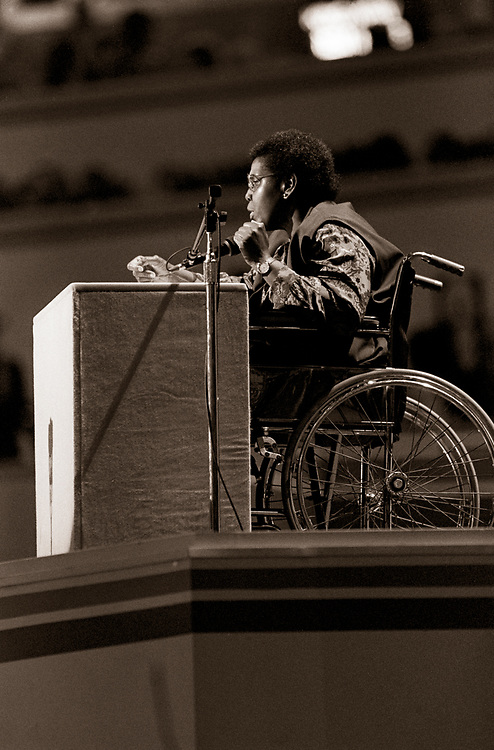