(January 1977 – Plains, Georgia) Charles Schultze, (Carter's designee for Chairman of the Council of Economic Advisors) arrives at he Carter’s family retreat “Pond House” just outside of the small south Georgia town of Plains.

Charles Louis Schultze - born December 12, 1924 - is an American economist and public policy analyst. He served as the Chairperson of the Council of Economic Advisers, during the President Carter Administration. Schultze was appointed the Assistant Director of Bureau of the Budget by President John F. Kennedy in 1962, and was the Director from 1965 until 1968, during President Lyndon Johnson's Great Society agenda. 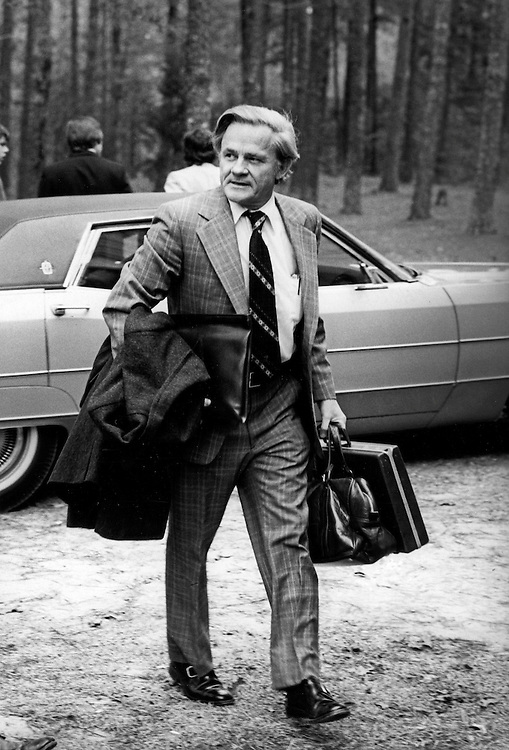