Candace Gingrich born June 2, 1966 is an American LGBT rights activist at the Human Rights Campaign. Candace is the half-sibling of former Speaker of the House Newt Gingrich, who is more than 20 years Candace's senior.
Although Gingrich's sexual orientation was publicly reported on as early as 1994, they first gained significant press attention in 1995 as a spokesperson for gay rights. They served as the Human Rights Campaign's National Coming Out Project Spokesperson for 1995 and was named one of Esquire's "Women We Love" and "Women of the Year" for Ms. magazine. They are currently the Senior Manager of the Human Rights Campaign's Youth & Campus Outreach, as well as the Human Rights Campaign's HRC University Internship Program coordinator.[10] Their autobiography, Accidental Activist: A Personal and Political Memoir, was released in 1996.
Gingrich has guest-starred on the television sitcom Friends in January 1996, in which they officiated over a commitment ceremony for two recurring characters in the episode "The One With the Lesbian Wedding".They also appeared on the debut of Al Franken's TV program Lateline in 1998.
Gingrich endorsed President Barack Obama in 2012, despite Newt Gingrich's candidacy for the Republican nomination.
Gingrich married playwright Rebecca Jones in 2009. The Gingrich-Joneses lived in Hyattsville, Maryland, where Gingrich played rugby with the Washington Furies. In 2013 it was reported the couple were divorcing. In 2017, Gingrich married Kelly Cassidy, a member of the Illinois House of Representatives 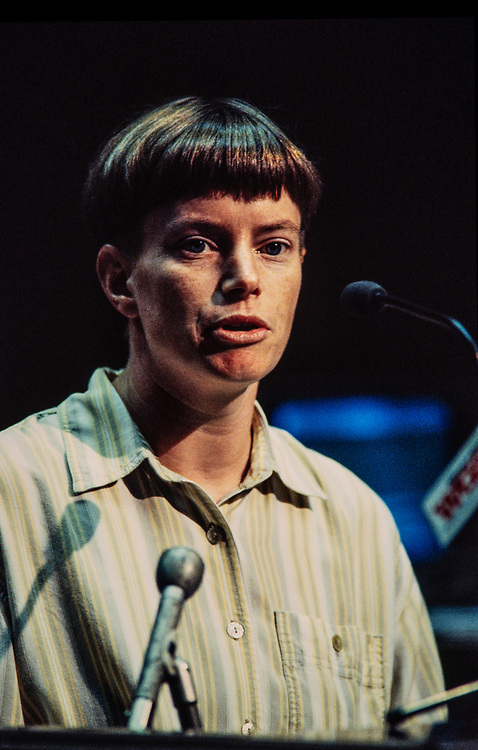