On April 22, 1971, Vietnam veteran Lt. John Kerry became the first Vietnam veteran to testify before Congress about the war, when he appeared before a Senate committee hearing on proposals relating to ending the war.
Kerry is shown here speaking on the U.S. Capitol steps the day after his testimony - April 23, 1971 - as he participated in a demonstration with thousands of other veterans in which he and other veterans threw their medals and ribbons over a fence erected at the front steps of the United States Capitol building to dramatize their opposition to the war. - To license this image, click on the shopping cart below - 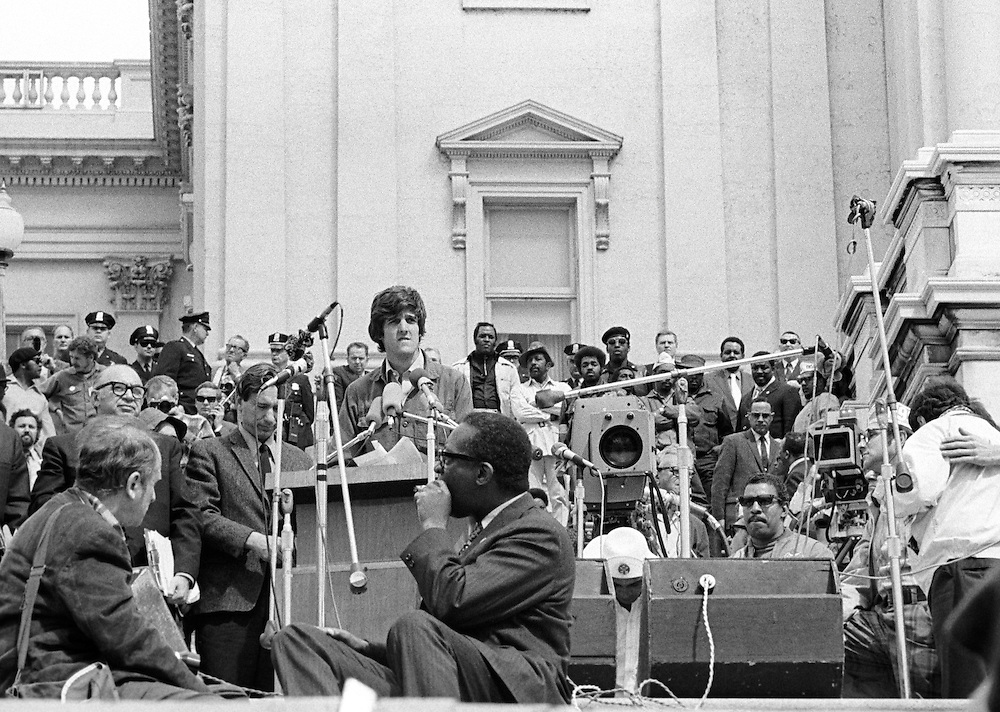