Julian Bond, a founder of SNCC - The Student Non-Violent Coordinating Committee and later Chairman of the NAACP - reviews a response letter to his Freedom of Information (FOI) request from the Central Intelligence Agency (CIA) in April of 1975. Bond, a civil rights and anti VietNam war activist suspected that he and others in the movements were the victims of targeted US government surveillance. An elected Georgia state legislator, Bond was unhappy with the government's scant response. 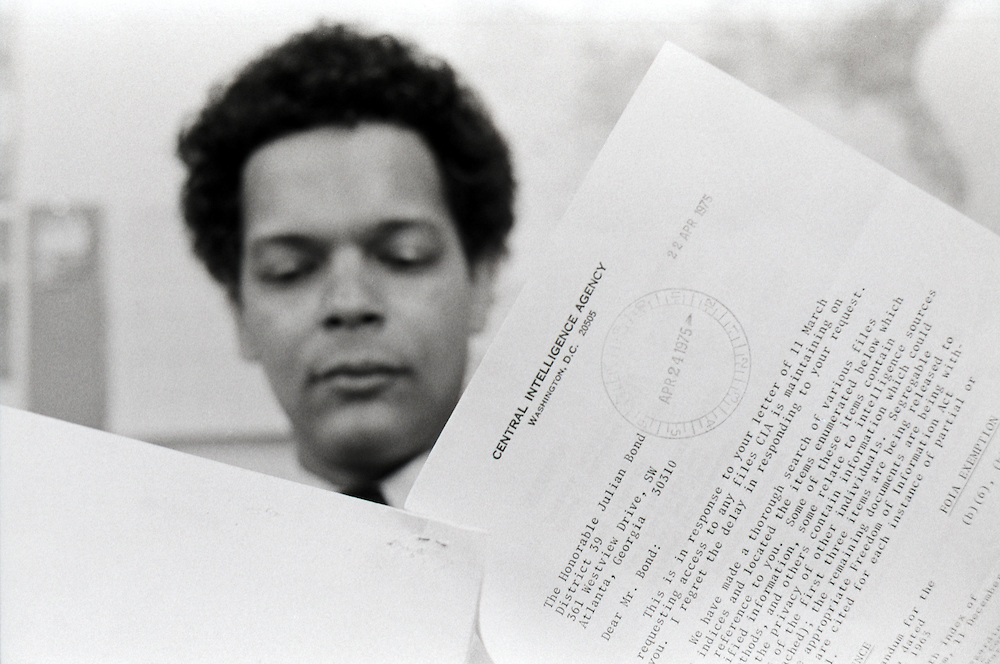