Stanislaus Wawrinka of Switzerland defeated the number one player in the world R. Nadal of Spain (shown here) to claim the 2014 Australian Open Men's Singles Championship. The Swiss won 6-3 6-2 3-6 6-3 in a match that will be remembered for a confusing and sometimes bizarre final three sets, with Nadal clearly hampered by a left lower back injury and seemingly on the verge of retirement in the second set.. The match was held on center court at Melbourne's Rod Laver Arena. 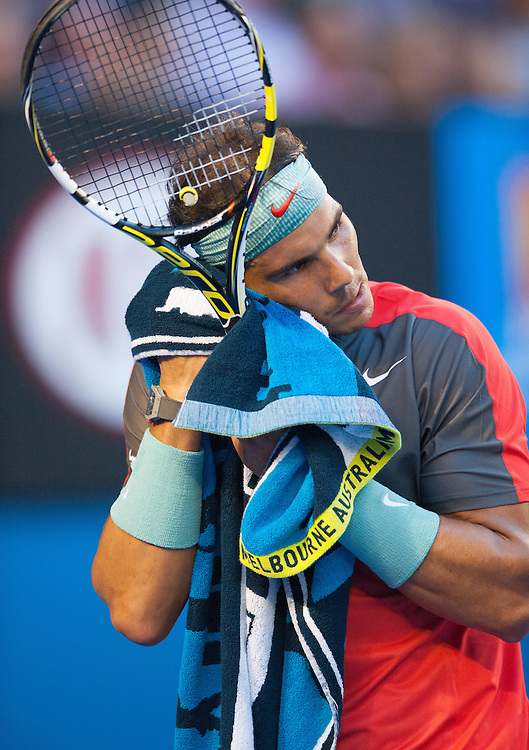