President Jimmy Carter disembarks Marine One - arriving in Plains, GA. With the President is his mother, Lillian Carter, daughter Amy accompanied by her nanny, Mary Prince. Ms. Prince, a black woman, -once convicted of murder in Georgia - was assigned to work as a trustee at the Georgia governor's mansion in a work-release program. Governor Carter became acquainted with Ms. Prince and was firmly convinced that she was innocent of the murder charge. Carter later applied to be Ms. Princes' parole officer so that she could come to the White House to become Amy's nanny. Later, Prince was pardoned . 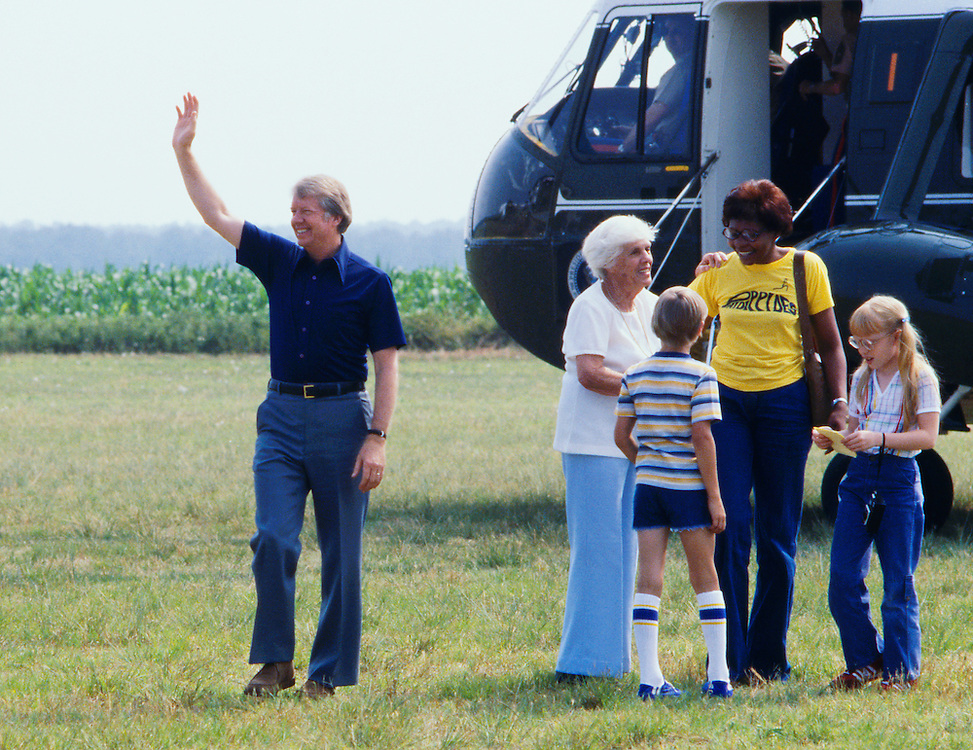