American Sloane Stephens at the 2013 Australian Open - a Grand Slam Tournament - is the opening event of the tennis calendar annually. The Open is held each January in Melbourne, Australia. Sloane Stephens - born March 20, 1993 - is an American tennis player who is currently ranked World No. 26 in the Women's Tennis Association singles rankings.
Following a successful 2012 season in which she first reached the second week of a Grand Slam, Stephens rose to prominence upon reaching the semifinals of the 2013 Australian Open, notably defeating Serena Williams en route. Since then, she has reached a career-high singles ranking of 11 in the world and would claim her first WTA title at the 2015 Citi Open.
Stephens was born in Plantation, Florida to Sybil Smith (who, in 1988 as a swimmer at Boston University, became the first African-American female to be named First Team All-American in Division I history) and John Stephens, a professional American football player. John Stephens was killed in a car accident on September 1, 2009, just before the start of the US Open. Stephens attended her father's funeral in Louisiana, but remained entered in the US Open.
She started playing tennis at the age of nine, at the Sierra Sport and Racquet Club, in Fresno, Ca, where her mother and stepfather introduced her to the sport. Two years later Stephens relocated from Fresno to Boca Raton, Florida, where she began training at the prestigious Evert Tennis Academy. A year later at the age of 12, Stephens stepped up her training once again by joining the Nick Saviano High Performance Tennis Academy, and switching to online-based home-schooling, which allowed her to maximize her time spent on the court. She graduated from high school in 2011. Stephens currently splits time between her home in Florida and Los Angeles, where she trains at the USTA training center in Carson, California. 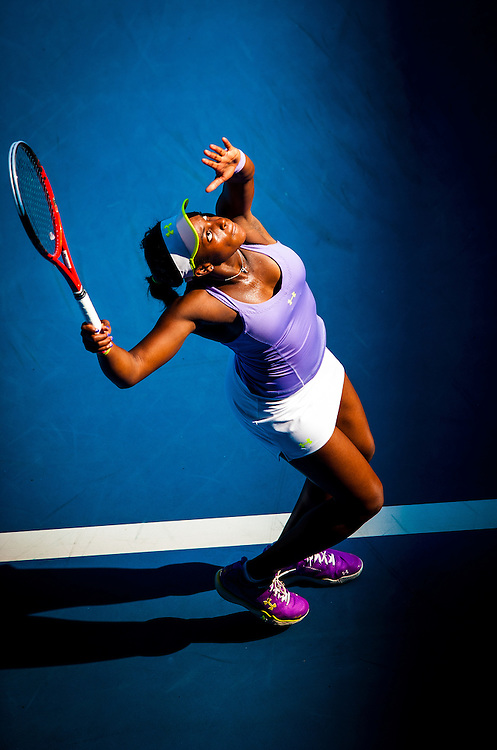